"This volume expands the discussion on the language management (LM) framework through two themes: interests and power, which are driving forces of the LM process, observable and describable at every step. It consists of thirteen contributions analyzing diverse situations in Europe, Asia, and Africa. Authors focus on a range of topics, including the role of language ideologies in various types of institutions, such as higher education institutions and language cultivation centers, the struggle to maintain minority languages, the positions of the actors involved in the process of making policies concerning foreign language teaching, or the processes that learning and choosing to use foreign languages entail. Emergent insights into the commonalities in the ways in which interests and power guide or underlie the management of language, communication, and sociocultural problems contribute significantly to the strength of LM as a sociolinguistic framework."

Abstrakt: "This contribution aims to provide general insight into translating the novel Jin Ping Mei 金瓶梅 into Czech. Part one, written by Lucie Olivová, provides a brief introduction to the translation history of traditional Chinese literature into Czech, followed by a report on our translation of the Wanli edition, taken over from the late professor Oldřich Král, which began at the beginning of 2020. In Part two, Ondřej Vicher consequently describes the joint translation process, concisely introduces the main features of the Czech language, and analyzes the specific translation issues which both current translators encountered, most of them having been caused by the specifics and peculiarities of the Czech language." (zdroj)

"Before the South Korean state began to promote multiculturalism, the idea of the 'homogenous' nation was cherished in South Korea for decades, and this has often been concomitant with concepts of a specific essence that defines what it is to be Korean. In view of this, Andreas Schirmer explores the intriguing fact that the struggling characters in South Korea’s tamunhwa munhak ('multicultural literature') are usually not haunted by any sublime quintessence of the homo coreanicus but rather by Korean ideals of outward appearance."

Abstrakt: "This paper aims to provide a comprehensive narrative of the current status of Chinese language teaching at upper secondary schools in the Czech Republic. Processes involved in developing the Chinese language curriculum in upper secondary schools were mapped through a qualitative survey. Representatives of 20 schools were interviewed to identify factors associated with the successful implementation of Chinese language courses. The research focuses on answering two questions: (1) What factors determine the success or failure of a Chinese language programme at a secondary school? (2) What systemic support can be provided to facilitate Chinese teaching at upper secondary schools? In answer to the first question, factors such as the mindset of stakeholders, curricular classification, employment, and partnerships are discussed. As for systemic support, fostering a realistic attitude, institutional support and cooperative partnerships are suggested. These findings may serve as a source of inspiration for countries where the Chinese language in secondary education is still in the process of development, as is the case in the Czech Republic." (zdroj)

Andreas Schirmer’s chapter explores how modern Korean translations of premodern Korean literature written in classical Chinese (hanmun) were promoted as a form of heritage conservation. In principle, translation granted access to high culture to all. But when these “old classics” are constructed as the centerpiece of original Koreanness, the concept of invented tradition comes into play.

With its biennial workshop, EAKLE provides a stage for scholars and teachers in the field of Korean language education to discuss and advance methods of teaching Korean that best suit the different students in the various countries of Europe and in other parts of the world. The workshop fosters collaboration among scholars and teachers and is also open to researchers on Korean linguistics and Korean literature insofar as their work pertains or can be connected to language education. It will feature presentations and discussions on a wide range of topics related to the teaching of Korean as a second language. The participants will discuss evergreen topics against the backdrop of new trends and insights gained through recent language education scholarship and experience, thus getting updates, fresh input and inspiration. Performances “outside the box” are encouraged. Some presentations will be “shows of best practice”, involving the audience and demonstrating hands-on solutions for actual challenges encountered in classroom.

This is mostly a live and face-to-face event but as some presentations will be held online, the 9th EAKLE workshop will be held in a hybrid mode, using a Whova platform. This will be a closed event, open only to registered participants who are members of the association. More information is available on https://www.sites.google.com/view/eakle. A separate event homepage will be available soon. For queries to the conference organizer write to eakle2022@upol.cz.

"The EAJS invites doctoral students in all fields of Japan-related research (humanities and social sciences) to apply for the 18th EAJS Workshop for Doctoral Students (23–26 August 2022). The workshop will take place at Palacký University. The EAJS will cover the costs of travel (up to 400 EUR) and accommodation for the duration of the workshop for a group of 18-20 doctoral students and 4-5 senior scholars who will act as advisors. The EAJS Workshops for Doctoral Students aim to create a multidisciplinary European network of advanced graduate students and senior scholars in Japanese Studies. The informal setting of the workshop provides a unique opportunity for participants to work intensively together to improve individual projects and engage in deep discussions on common themes and methods. Through presentations and focused sessions, participants give and receive critical feedback on dissertation projects, fieldwork plans and preliminary findings. Participants will be required to submit a report outlining their dissertation project prior to the workshop. Moreover, they will be asked to read the work of their peers and prepare for workshop presentations, thus linking their own work to the broader international field of Japanese Studies. Students will also get extensive opportunity to discuss their projects with a senior scholar in their respective field." (zdroj) 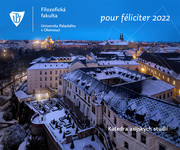